EXTRA SHOW! Stand up Comedy in English: The Trouble with being Born Romanian 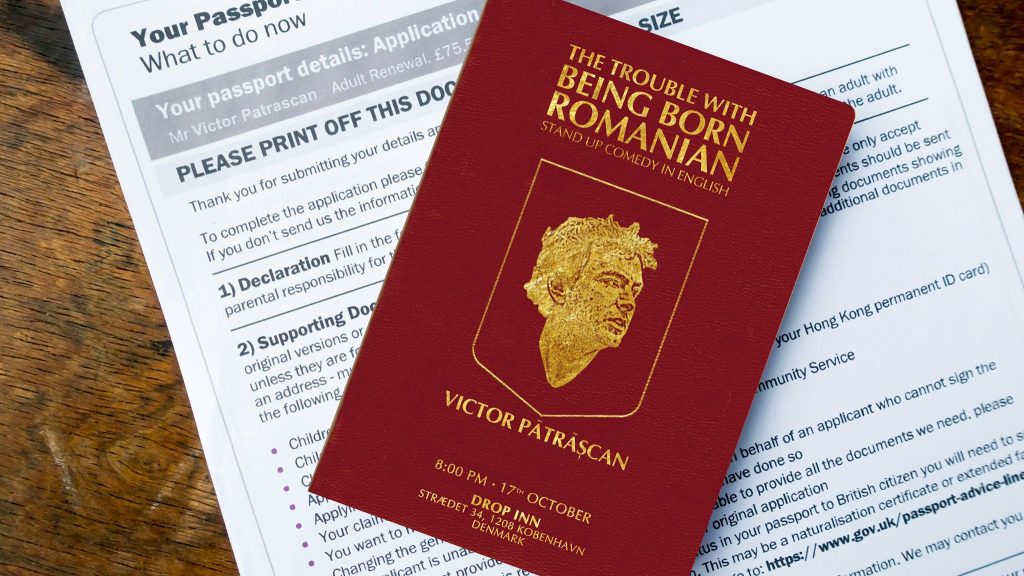 London-based Romanian comedian Victor Patrascan is coming to Copenhagen with his irreverent and outrageous stand up comedy show. The show will be performed entirely in English.

Victor is bewildered by our society and questions whether it is better to be Romanian or Bulgarian, right or left or just a human person.

Come watch a subversive, heartfelt and outrageous comedy show. If you are someone who questions everything about life, religion, politics, death and love, this is the show for you.

The show will be held indoors and follow current social distancing guidelines. Therefore, we are only able to have a limited number of seating.

Victor has told jokes in English in front of a crowd of people in the UK, Germany, Netherlands, Austria, Finland, Spain, Ireland, Portugal, the Czeck Republic, Slovakia, Slovenia, Croatia and Romania.

For a second year in a row, Victor’s been ranked again at no.1 in Roast Battle London Premier League. In 2018, Victor won the coveted King Gong at both the Comedy Store London and Comedy Store Manchester.