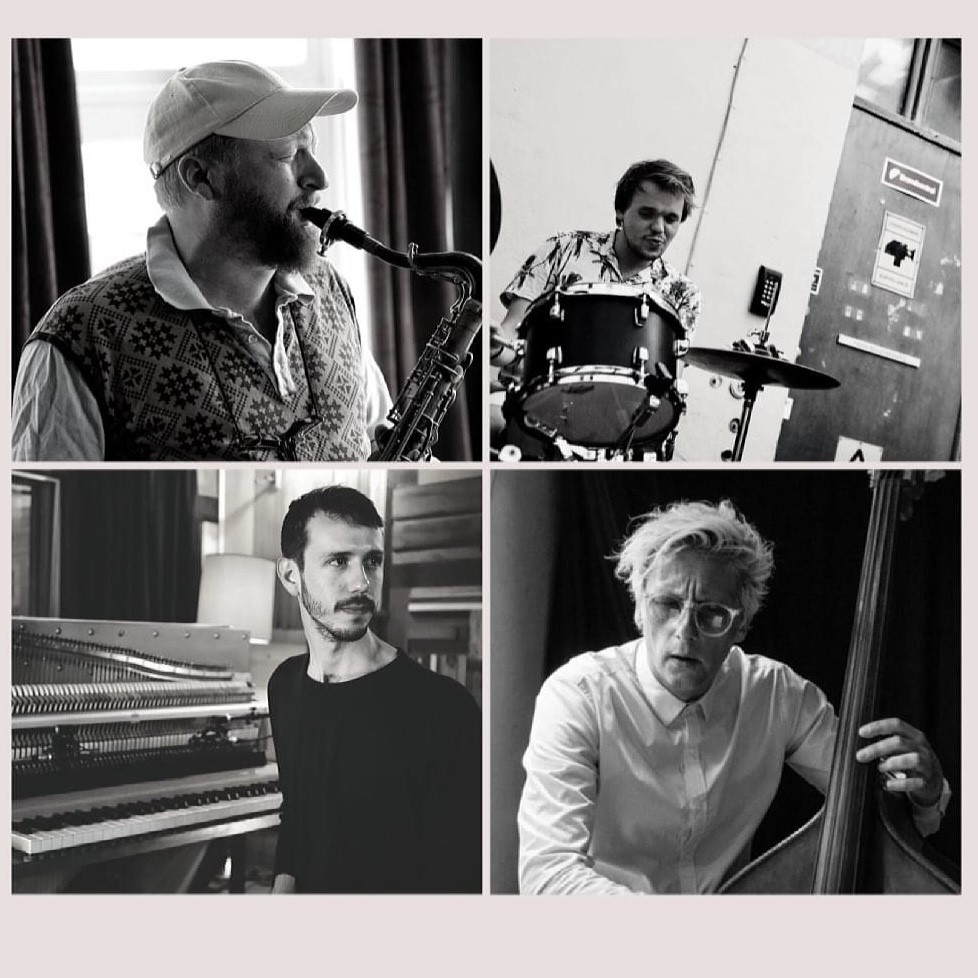 Lasse Schjerning Quartet feat. Sears/Ferm/AC is a modern contemporary project that involves four of the finest musicians from Scandinavia and the United States – all with truly unique individual voices on their instruments. The band is formed by the Copenhagen based drummer Lasse Schjerning, who always had the sound of these musicians and their sounds in his head.

The compositions are written specifically for the musicians in the group, catering to their unique and individual sound.

“Richard, Ned and Anders have always been some of my favorite musicians and composers in the world and they have formed me musically and compositionally. Writing songs with them in mind is so motivating, inspiration and a constant learning process, “ Lasse Schjerning says.

Anders AC Christensen (bass) and Ned Ferm (sax) are two well-known musicians on the european jazz scene and needs no introduction. They have played together in various legendary constellations – and their symbiotic sound have spellbound audiences for many years.

Richard Sears is a Brooklyn based pianist and composer and has already, despite his young age, released five acclaimed albums under his own name – and has shared the stage with artists such as Billy Hart Quartet (ft. Mark Turner and Ben Street), the Muhal Richard Abrams Orchestra, Ravi Coltrane, Ralph Alessi, Eric Revis, Andrew Cyrille, Joshua Redman and other jazz artists.

This curiosity and a high level of ambition has always powered the young and upcoming drummer Lasse Schjerning ever since he grabbed the drumsticks at an early age – that is why he has assembled this unique ensemble of some of the finest instrumentalists.