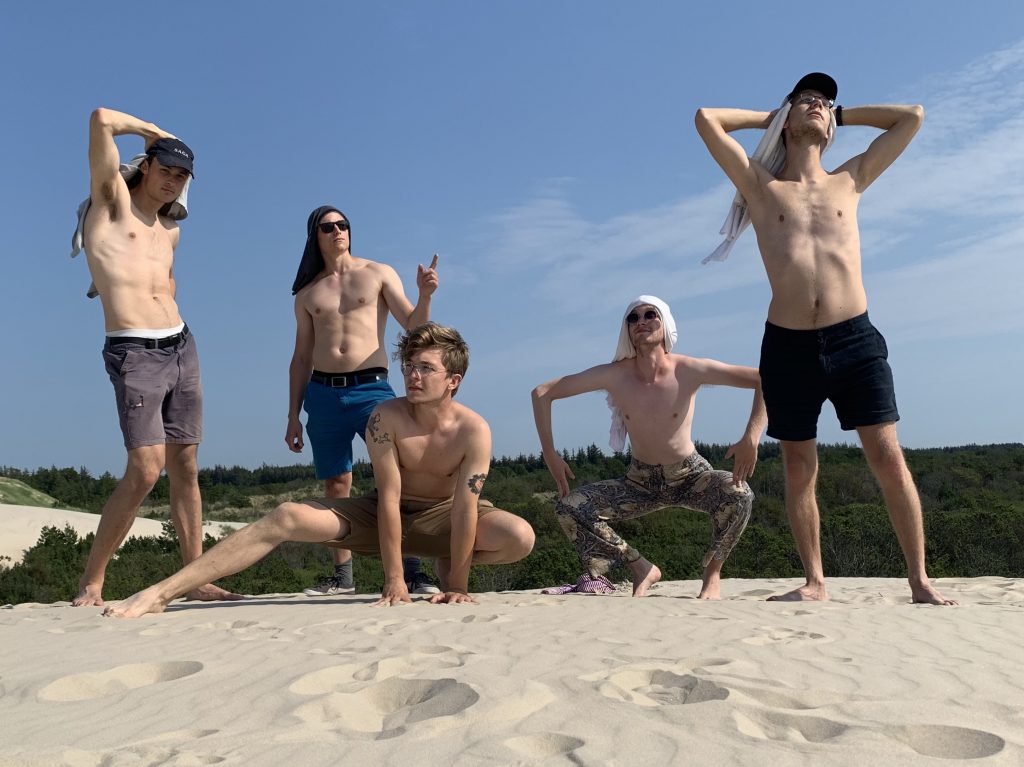 When the Discoplanet burned, there were only five who escaped the flames.

In the space capsule, there were only four babies who together encapsulated the entire planet’s genetic material and an extremely well-spoken block of granite.

They were all launched towards the furthest reaches of the universe and landed in one corner of the world each of our planet, the Earth.

Here they were in poverty raised by golden-hearted street musicians and various cursed paintings until their natural instincts one day finally led them towards one another. They met in the middle; they met in Denmark. Here they now play in the band Ind I Maskinen, in the hope that they can through song and music warn the populace of the Earth about the fate that may/may not be awaiting the planet.

With a setlist that spans the entirety of the bands career, from the intimate ballads to the fresh bangers, Ind I Maskinen is ready to present Drop Inn with a show that leaves it uncertain whether or not the band members will survive the concert with all limbs still attached.