Are You Ready Steve 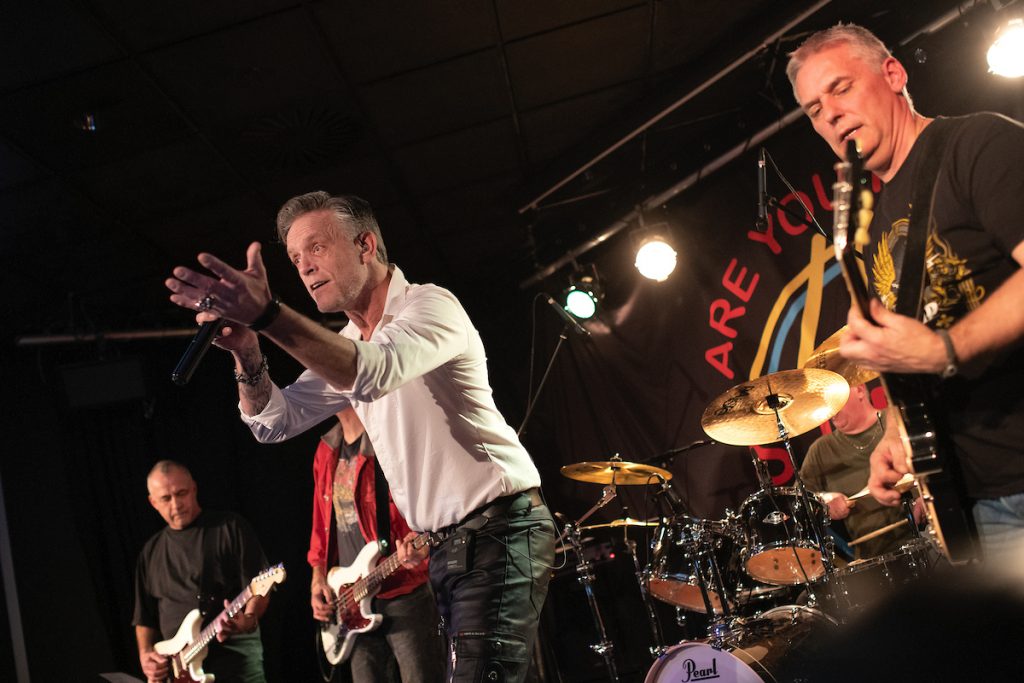 Are You Ready Steve is a band, that plays pop/rock from the seventies – they are playing songs, that originally were performed by the british rockband The Sweet. During the seventies The Sweet were kings of glamrock, and they were famous for the image with shiny silver/gold stage costumes and makeup. Other than that, and more important, The Sweet had a number of classic and famous hits like e.g Fox On The Run, Funny Funny, Block Buster, Action, Hellraiser and last but not least Ballroom Blitz. The bandname Are You Ready Steve is a very famous and everlasting quote from the hit Ballroom Blitz. Are You Ready Steve are playing the old Sweet songs with respect for the original versions with a touch of 2019-rock included. The set includes the famous hits, so people can look forward to a trip down Memory Lane. But also some of the well known and more rocking B-sides, that were The Sweets personal favourites, are included in the set The band Are You Ready Steve was formed in 2017and the band members are five mature guys – Peter Madsen (vocal), Keld Ravn (leadguitar), Dennis Albech (rhythm guitar), Jens Peter Olsen (drums) and Ebbe Skeel-Gjørling (bass). They are not wearing makeup and silver clothes like the original band, but they still deliver a great stage performance with all the typical Sweet ingredients like lights, smoke, sirens and naturally the great hits.