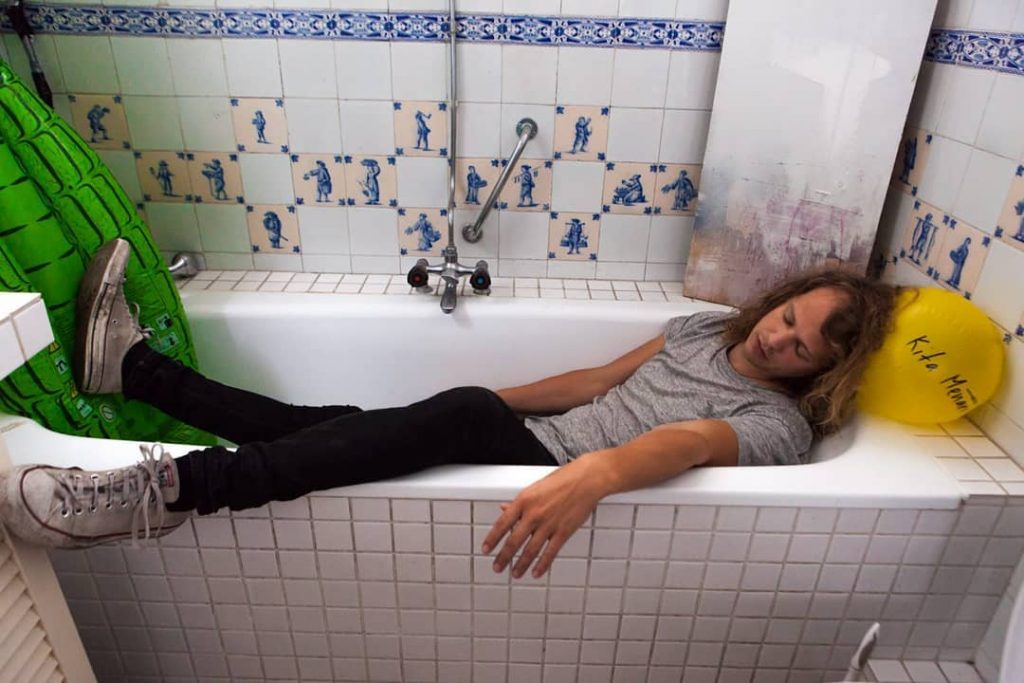 -Band biography: The Vices hit the ground running in 2019, kicking off their career with shows at ESNS, supporting Yungblud and Feeder, and touring the UK. The band also played 25 shows as part of the Popronde. Their music is best described as Cage the Elephant and The Strokes’ love child, with a hint of surf. This is evident on popular singles Sly Smiled Berlin Child and Boy, the latter of which earnt the band the 3FM Talent title in April 2020. During the COVID pandemic, they kept busy thanks to a number of self-organised shows including the first ever ViceFest. With hundreds and thousands of streams to their name and two self-released EPs (2019’s Life Grows and 2020’s Good Morning City, Now Let Me Sleep…), The Vices signed to Mattan Records in October 2020. With a debut album set for 2021 – of which lead single In and Out is due in October – things are looking bright for the Groningen band.

And this is the new single, In and Out – https://open.spotify.com/track/51ZCOmYwm1jzc6NWAVPr28?si=pPFHQuWoS–m0B6_1GH6jQ

I will discuss the sound engineer with the band. That should be ok.

And if everything is ok with Kita Menari then their information is already below.

-Kita Menari was born due to a near death experience of Micha while diving in Malaysia. After the incident he partied all night and woke up with a note in his pocket with ‘Kita Menari’ written on it: ‘We dance’ in Malaysian. The five piece spreads their message to break free and celebrate life, by playing joyous uplifting indie pop.