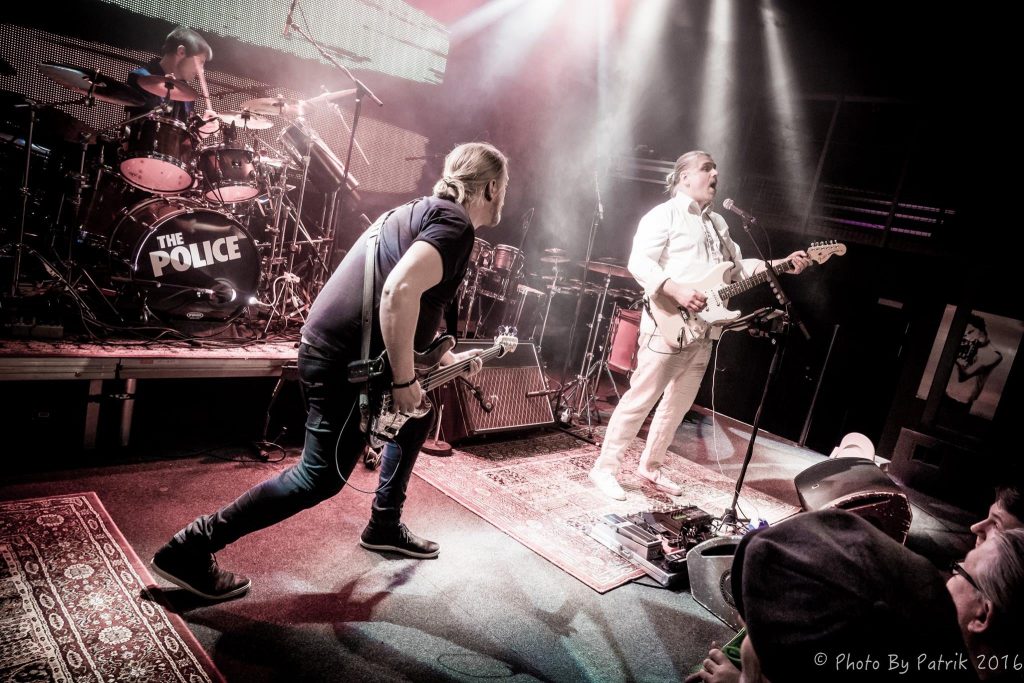 THE POLICE came together in 1977, released 5 records with a total of 54 songs, sold 50 billion ex and went through a not so nice split up as a band in 1986.
During this short time of existence THE POLICE did leave a legacy with songs such as Roxanne, So Lonely, Walking On The Moon, Message In A Bottle and many more to inspire both musicians and fans. Facing their roots THE POLICE Tribute members provide the soundtrack of the period of their lifes which formed them and their generation, especially as musicians. With the 80′ gear & sound and the right musicians & attitude THE POLICE Tribute is here to deliver a 2 hour nostalgic performance!

Bring On The Night!